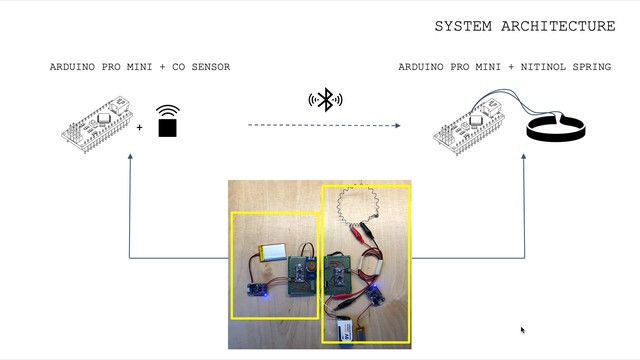 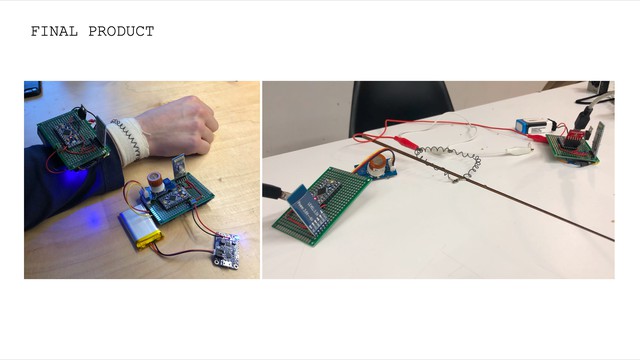 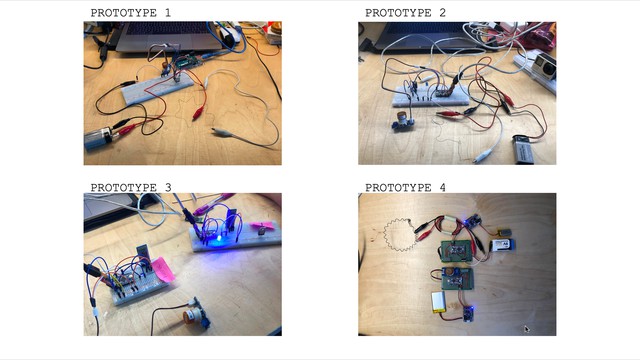 This project explores personal exposure to air pollution via a wearable device and whether haptic feedback can enhance engagement with air pollution data. A wearable was designed to generate squeezing sensations on the user’s wrist when unsafe pollution levels are detected using shape memory alloys. The methodology is divided into two main parts. The first part consists of the technical design process of the device. This involves investigating how to develop a device that generates squeezing feedback, followed by iterative prototyping of the device. The second part consists of the analytical investigations carried out using the final prototype developed in the design process. The investigations include a study to determine the minimum power and duration of the squeezing feedback that a user can feel. This is followed by individual interviews carried out to gather responses to the research question and general thoughts about the device.

Technical Concept : The bracelet was designed and tested through iterative prototype process. The final prototype uses a 20-coil Nitinol spring. The system consists of two separate components. Component one (LHS) consists of an Arduino Pro Mini connected to CO sensor and a HC-05 Bluetooth module in master mode. Component one sends a signal via Bluetooth to component two if the concentration of CO detected is above a certain threshold. Component two (RHS) consists of the spring connected via crimps to a hook that ties around the user’s wrist. The spring connects to the driving circuit from two locations (four coils apart). The circuit consists of a HC-05 Bluetooth device in slave mode connected to an Arduino Pro Mini that supplies PWM pulses (if it receives a signal from component one) to drive a mosfet, which in turn drives the SMA spring.