A wearable computing device for navigating the urban space during COVID-19. 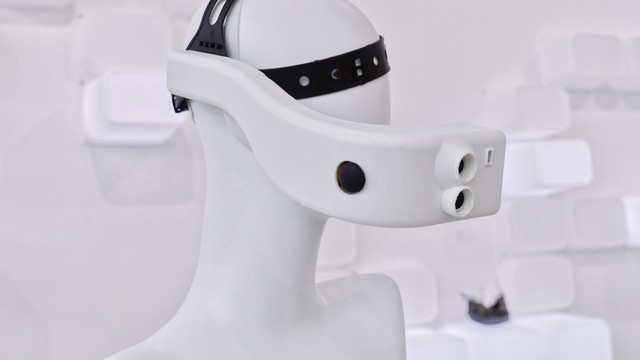 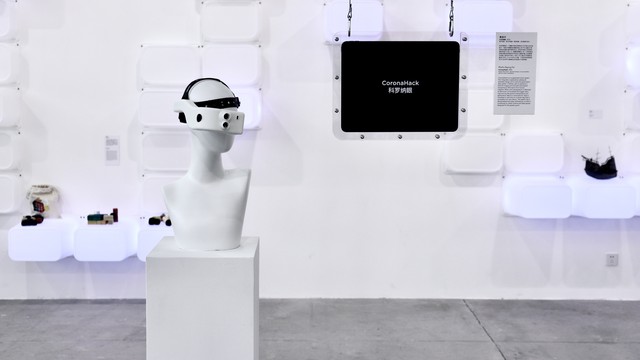 CoronaHack is a wearable computing device that integrates thermal imaging sensing, temperature detection and warning, real-time temperature and geolocation data logging, as well as a three-dimensional map visualization that is accessible through the users’ mobile devices. The project explores citizens’ experience within urban spaces during the pandemic era, meanwhile, retaining their rights to access all associated data sets that are under normal circumstances of government-controlled restrictions. The project attempts to offer a solution to making the process of registering and accessing information that indicates a potential virus spread transparent to the general public.

Since December 2019 when COVID-19 was first identified in Wuhan, China, a new planetary challenge arose, which asked us to reconsider and reframe our understanding related to how urban spaces are to be used and experienced. Having access to spaces where large numbers of people are present and interact in rather close proximity, is now considered a potential threat to the greater good, as the spread of the virus can radically accelerate. Certain measures implemented by governments around the world, such as the UK's attempt through herd immunity, have been proven ineffective and unable to properly track and contain the spread. In cases where measures have demonstrated tangible solutions, such as China’s well-established health code system with temperature-scanning in entrances to public spaces, they still fail to provide a transparent intelligence because the implementation is only accessible to government agencies. For these two main reasons, a wearable sensing device, CoronaHack, was created in an attempt to offer a solution for registering and accessing information that indicates a potential virus spread. By utilizing a thermal imaging system and an IoT-activated communication network, temperature readings that are above the acceptable threshold are automatically logged into the database and visualized on the publicly-accessible front-end (web app). The users/citizens receive a virus-spread data layer directly on their mobile devices through this system and are consequently offered the intelligence on how to safely navigate and experience the urban space. CoronaHack was developed during the course Extended Perception, which focuses on extending human perception and cognition with computational technologies. The project intends to reconcile citizens' engagement in data collection, and contribute to data transparency and information symmetry between the government and the public.

Technical Concept : CoronaHack integrates a thermal imaging system and an IoT-activated communication network. The thermal imaging camera, ultrasonic sensor, and buzzer form the sense/detect/warning system. The wearer perceives a thermal imaging environment, detects whether the distance between him/her and the person nearby exceeds the recommended social distance, extracts the person’s body temperature, and receives warnings if abnormal temperatures are detected. As people with abnormal temperatures might be a potential threat to the public, both their temperature and their location data will be logged to the main database (through cloud MQTT) and visualized in real-time on the publicly-accessible front-end web app (communicated with socket.io). The current data visualization is created on a 2D map but will be ideally upgraded to a 3D visualization built with Unity (inspiration in link 3).

Visual Concept : CoronaHack's wearable design echoes a futuristic cyberpunk aesthetic style. The 3D data visualization map is inspired by Uber Engineering’s futuristic urban map (see link 3 below). As CoronaHack projects an ideal situation in the near future where citizens have equal access to not only urban spaces but also databases in which personal data is stored, the project goal is enhanced with the choice of appearance design and map design.