A project on user-responsive kinetic design of urban open spaces and their impact in redefining the Ammani Urban Pockets. 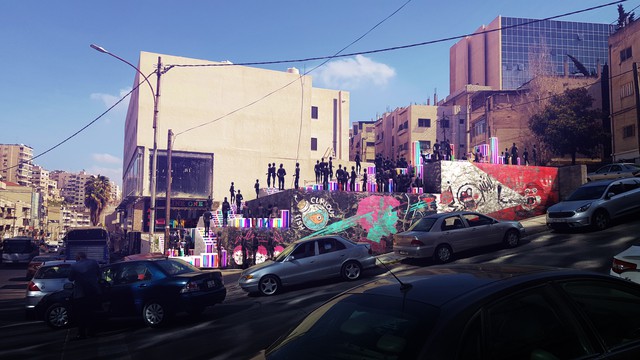 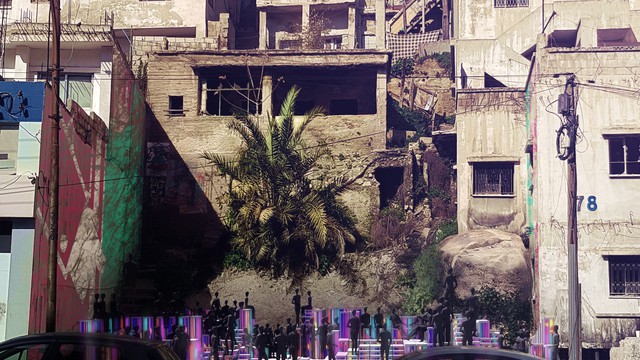 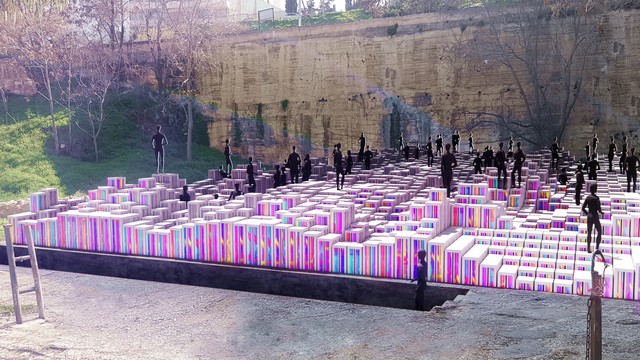 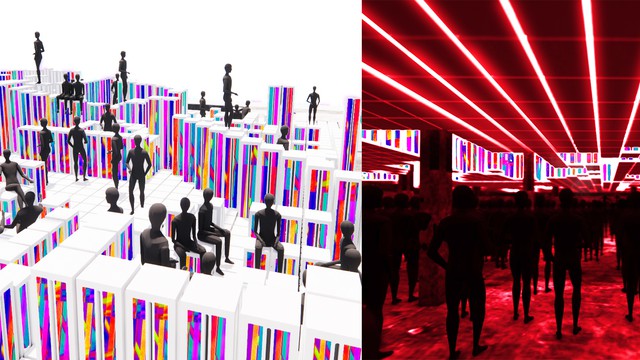 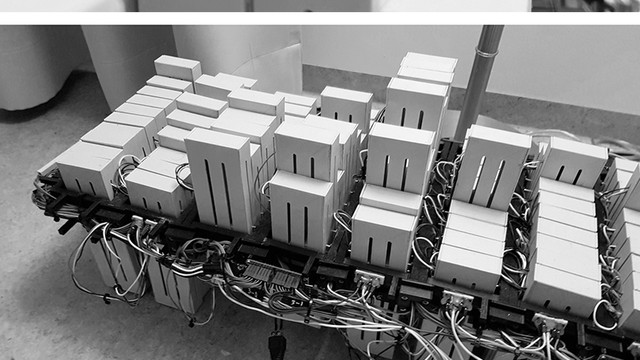 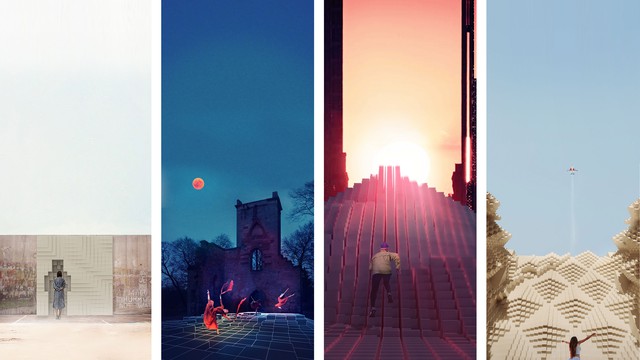 Shape-Shifting Architecture is a project on rethinking the design and utilization of urban open spaces (UOS), primarily in a decentralized metropolitan setting, done by taking a deconstructionist approach through evaluating the efficacy of these spaces in regards to their temporal socio-economic narrative that is driven by a globalized discourse, while simultaneously recognizing the main elements of their spatial distinction. That then proposes an alternative form of UOS creation, incorporating tactile, modular segment designs and user-responsive technological instruments into the creation of a constantly temporal and changing space, encompassing elements of its urban host, while being automatically driven by and for its user(s). Hypothesized for the implementation in the context of reclaiming lost urban spaces - Urban Pockets, situated in decayed, historic parts of the Ammani metropolis, Jordan. transforming them from fixed urban elements to highly responsive tactile modules, active and reactive to a cluster of momentary actions.

In the light of continual changes within a globalized social context, brought up by constant and major societal shifts, where people’s interest along with the demand for an ever-expanding open market, have drastically changed the way that we live to a more flexibly adapting act, where people are no longer fixed to a particular city and where jobs and lives occur all over the globe and are not dependent on a specific country. This process of constant diaspora accompanied by difficulties in social integration and spatial appropriation, prompting further contextual assimilation in regards to the temporality of physical space and its future operations. Discussed through a spatial typology of an urban open space(UOS), known for its spatial properties as a communal host for transitory activities. While, simultaneously deconstructing its characteristics and shedding a light on the inevitability of its spatial decay in relation to the continuous global shifts and its changing societal relevancies. Thus, proposing alternative methods and instruments for spatial creation that corelates to a changing global narrative of temporality and adaptation. While, also taking into consideration the current developments within major technological sectors and industries. Hence, the project aims to rethink the design of an UOS and its different contextual operations in regards to today and tomorrow’s society. Employed through the aid of deconstructionist, modular and kinetic implementations in order to create a truly immersive, technologically advanced and tactile UOS. Built for constantly reshaping not only its context, but also the momentary user’s interpretation of how it ought to be, thereby eliminating the notion of an external intervention from an internal spatial function. This method of spatial creation is further hypothesized as a countermeasure, for revitalizing a metropolitan Ammani urban context, in regards to the steadily occurring urban pockets, treated as spatial phenomena, while being produced as by-products of its excessive urbanization and its accompanied demographic and commercial shifts, resulting in areas of high urban concentration in relation to its neighboring districts, prompting a complete reversal effect along the districts leading of its center. Hence, proposing a decentralized approach in the distribution of urban hubs, effectively creating intermediate UOS, that focuses on the micro contextual elements of its hosted urban environment rather than the centrality of its spatial amalgamations, halting spatial developments away from it center of animation. Designed to increase user interactivity with their surrounding space in a more tactile and tangible way. Moving away from a purely digitized interface to a more touchable surface that exists in the physical world, while maintaining its digitized aspect displayed in the adapted commercial and advertising narrative. Consisting of 2 phases: Prototype & Theoretical Phase.

Technical Concept : Utilizing a rectangular, modular and segmental system, placed in a matrix layout resembling a digital screen surfaces, where these segments act as pixels that respond in moving vertically to a multitude of precise heights, enabled through an electrical actuating system of a rack and pinion with the combination of servo motors as the animation mechanism. Thereby, effectively generating UOS elements and forms based on different input systems, following a bottom-up form generating approach. Imbedding digital screens on the vertical sides of the segment, that operate on both aspect of displaying the commercial narrative as a digitized store front and local business advertising platform, as well as acting as a display for different artistic visuals that represent environmental elements of an UOS.

Visual Concept : The design approach illustrates a direct representation of its visual concept that is intended on being devoid of identity or meaning, so as not to influence users’ behavioral patterns and or create a superficial identification and or relation with its user. Rather having this identity constantly reshaped by different users through momentary utilization based on spatial needs during different times. By dividing the spatial boundaries of a hypothetical urban plane into a grid system effectively creating modular segments, represented as extrusions of linear modules contained within the space, operated automatically by either acting and reacting based on varying users’ parameters at a specific time. Which in turn generates physical elements, spatial typologies and in effect projects a temporary spatial affiliation or identity to its user driven by its momentary functions.